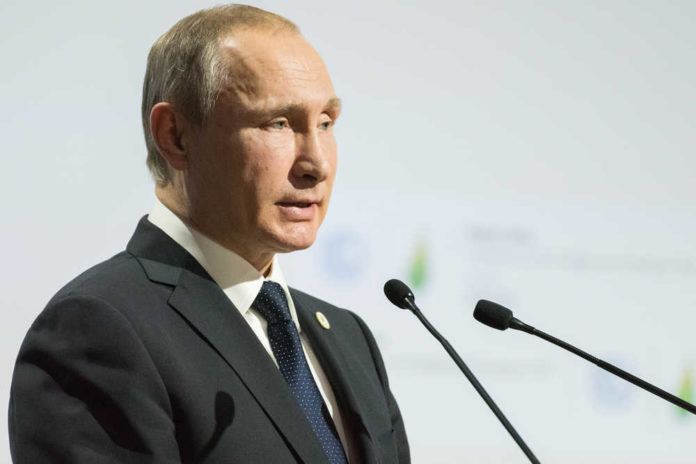 On Monday, Russian President Vladimir Putin will meet with French President Emmanuel Macron to resolve the Ukraine crisis diplomatically. Putin was a celebrity guest of Xi Jinping at the Winter Olympic Games in Beijing over the weekend, when the two shared worries about the US. The Chinese are dissatisfied with the United States’ decision to make the Olympics a human rights diplomatic showdown.

According to Linda Thomas-Greenfield, United Nations Ambassador, they’re still trying to persuade the Russians not to choose confrontation over cooperation. And they’ll keep trying to find a diplomatic solution. However, they are aware that the Russians continue to prepare, trying to resolve the security concerns. On Monday, the Whitehouse revealed that the Nord Stream 2 natural gas pipeline from Russia to Germany had been added to the expanding ante of the gamble.

On ABC’s This Week with George Stephanopoulos, US National Security Adviser Jake Sullivan stated there’s a good chance Vladimir Putin would authorize an attack on Ukraine. Sullivan said that it could happen as soon as tomorrow, or it could take some weeks yet. It might come in a variety of shapes and sizes. If they choose to escalate instead, it will come at a massive cost to Ukrainians in terms of lives, but it will also come at a high strategic cost to Vladimir Putin.

Since April 2021, over 100,000 Russian troops have been stationed on the Ukrainian border. The Center for Strategic and International Studies dubbed their arrival the “Spring Scare of 2021” in a research paper released in September 2021. The United States disregarded them for much of 2021 as the Biden-led Administration dealt with a disintegrating military occupation in Afghanistan. The US grew publicly concerned about the number of Russian forces loitering after the Taliban took control of Afghanistan.

The official US narrative in the Ukraine situation is that Russia is being unreasonable, although we are progressively raising the tensions. They must be sure that this is not another “Saddam possesses weapons of mass devastation” pretext for starting a war. Instead of asking if it is in our best interests to promote NATO, they are being encouraged to accept their commitment to Ukraine as a given. It is a complicated national security issue that must be addressed.

In the short term, Vladimir Putin’s most superb strategy for preventing Ukraine from joining NATO is to keep the fires on his stove simmering. He has total control over the level of separatist violence in Donbas. If oil and gas prices continue high, he can afford to rotate one-third of the Russian Federation’s military machine in and out of the Ukrainian border permanently. The longer the diplomatic talks last, the better for Putin because the US agenda will move again by the end of 2022, if not sooner, and certainly by 2024. Since our initial excursions with Manifest Destiny, the US has not attempted global-scale remaking as an imperial ambition.