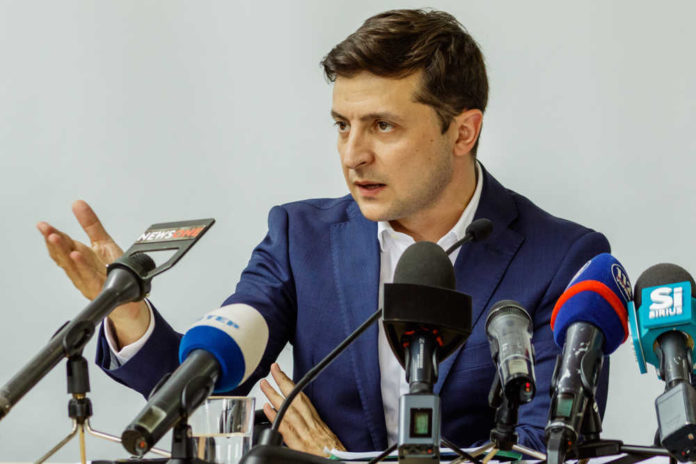 Oleh Ustenko also said Ukraine is considering issuing zero-coupon bonds to assist with covering budget deficits related to defending the ongoing invasion of its country by Russia. A zero-coupon bond is also known as an accrual bond, and is a government debt security that does not pay interest. The bond renders a profit to its holder at matury by trading at a steep discount.

The G7 is an intergovernmental alliance of the world’s most powerful economies. Its members include the U.S., the U.K., Canada, France, Germany, Italy, and Japan. The European Union is considered a “non-enumerated member.” Russia was a member of the group until it was expelled in 2014 in response to its annexation of the Crimean peninsula in Ukraine.

He added that the nation is currently running a deficit of around $7 billion each month and the requested $50 billion would allow the government to function as it is for about six additional months.

Last week, the World Bank projected that Ukraine’s gross domestic product is expected to shrink this year by 45.1 percent as a result of the Russian invasion. The estimate is not firm, however, because the contraction will ultimately depend on the “duration and intensity of the war.”

American support of the Ukrainian war effort was somewhat derailed last week as the Biden White House decided on Wednesday not to provide the country with Mi-17 helicopters, even though it advised Congress it intended to the day before.

The military helicopters were to be part of a new $750 million aid package being prepared as Ukraine prepares to defend new offensive moves by Russia in the far eastern part of its country.

The U.S. has sent more than $1.7 billion to Ukraine in security assistance since the beginning of the Russian invasion. Even though a variety of weapons systems have been provided, the administration has decided against sending requested warplanes to Ukraine. The Biden White House has expressed concern that such support would risk expanding the Russian conflict beyond the borders of Ukraine.