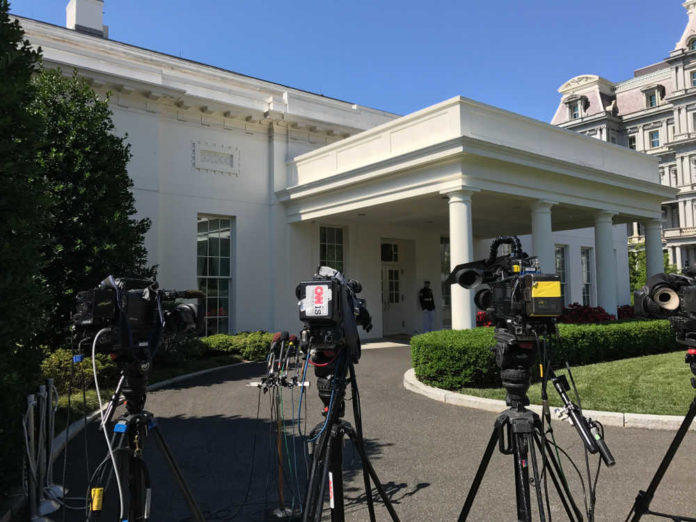 Nine times out of ten, the Biden administration has been able to count on journalists in the mainstream media to give the president more than a fair shake.

In fact, there was a time when the media almost always covered for Biden and his allies. They repeatedly got favorable press with damaging stories like the infamous Hunter Biden laptop being concealed.

However, this culture of the media running defense for Biden seems to be dwindling. The New York Times and The Atlantic are openly running op-eds that expressly demand the 46th president not to seek re-election.

Meanwhile, left-wing networks like CNN and MSNBC are pressing White House officials on inflation, gas prices, and the downward turn of the economy.

Now, dozens of journalists are making a very specific demand from the Biden administration.

What Journalists Want From the White House
This past Thursday, close to 70 US journalists wrote to the Biden administration, calling for greater admission into important events and White House venues.

The letter also goes on to criticize the White House for the limit it’s placed on events that reporters can attend. Journalists now warn the behavior of the Biden administration in this regard is at odds with free press rights.

Nearly 70 journalists have signed the letter below to White House Press Secretary Karine Jean-Pierre protesting press-access restrictions in certain areas of the White House campus that were previously open to all reporters admitted onto the grounds. pic.twitter.com/seLQQyuUZF

In additional segments of the letter, journalists call for more transparency from the White House, particularly insight into what criteria determine which journalists get greater access to venues and events.

White House press secretary Karine Jean-Pierre was the direct recipient of this letter from America’s journalists.

Something to Hide?
During the relatively short time that Biden’s been president, there have been multiple incidents of his staffers rushing journalists out of the room. To many Americans, this is ironic, coming from an administration that once pledged to be transparent with the general public.

Between the many gaffes that Biden makes and regular dysfunction reported as coming from the White House, there are speculations that the administration has a lot to hide.

Biden stares blankly ahead as he AGAIN refuses to answer questions pic.twitter.com/v5XygHhBsG

These speculations have been fueled by the president carrying flashcards with instructions on them during press events.

The White House has not formally agreed to expand events and venues access to journalists. However, the administration is being warned that current restrictions call into question Biden’s professed support for the First Amendment.