“The border is secure,” uttered Vice President Kamala Harris during an interview on the 21st anniversary of 9/11.

In a Fox News Digital interview, an Eagle Pass, TX resident and small business owner proved how truly outrageous her statement was.

Wagon Wheel, which was passed down to Price by her father with whom she worked for 19 years, had been burglarized five times since February. “One break-in in 25 years,” she reminisced.

Since October 2021, nearly 400,000 migrants have been encountered by border officials in the Eagle Pass border sector alone. Keep in mind those are merely the illegals they successfully apprehend and process.

In the last year alone there have been an estimated 55,000 “gotaways” per month. Excluded in that figure are the number of illegals who avoided any detection whatsoever.

“Once they are processed — I literally see busloads on a daily basis — they’re just released, and they find sanctuary in anything that’s abandoned or not,” she said.

Eventually, the former restaurant resorted to conducting stakeouts in hopes of warding off potential thieves.

“I’m so scared that they’re going to steal something that was a family heirloom of mine and depreciate the value even more by rummaging through my stuff and breaking that building,” was her reasoning for keeping lookout into the wee hours of the night.

It’s a testament to her toughness that Wagon Wheel stayed afloat for as long as it did. She waged war for months against an army of migrants waiting for help that never came.

This story is especially sad considering Price spent the last two years fighting to keep her doors open amid the totalitarian Covid lockdowns. So many other business owners weren’t as fortunate.

The Covid-induced economic hardship was felt most by entrepreneurs like Price. Our government’s solution was to give the ailing businesses money in the form of PPP loans. Sounds good right?

The businesses that accepted loans will soon begin making regular principal and interest payments back to the government who gave them no choice but to take money in the first place.

Selena Buentello Price has Covid lockdowns and Joe Biden’s border policies to thank for the vanishing of her livelihood. 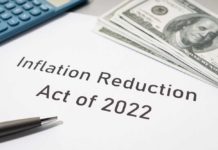