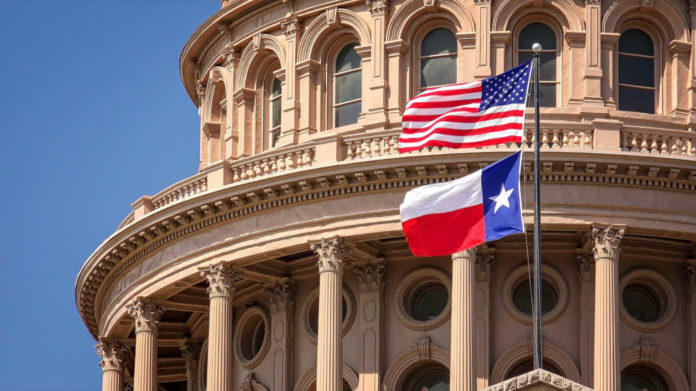 In a historic first, Republican Rep. Mayra Flores of Texas was sworn in to Congress on Tuesday — the first Mexican-born woman to serve in the body. She was surrounded by the Texas delegation as she took her oath of office.

Speaker Nancy Pelosi (D-CA) led the ceremony and House Minority Leader Kevin McCarthy (R-CA) stood beside Flores. The House chamber broke out into loud applause and cheers when the historic oath was finished.

A beaming Flores declared that her first day in office is what dreams result in — “faith, family, and hard work.” On election night, the victorious candidate announced her district “officially started the red wave.”

She won the seat in a special election for Texas’ 34th Congressional District after former Democratic Rep. Filemon Vela resigned to join a law and lobbying firm. Her term runs only through January, and her opposition is busily categorizing her historic win as a temporary blip.

Flores must seek a full term in November, less than five months from now. The 34th district was redrawn to favor Democrats even more in an area that has been represented by the party nearly uninterrupted for four decades.

Applying the new district lines to the 2020 election, President Joe Biden would have won by 16 points. Democratic leaders express confidence that their candidate, Rep. Vicente Gonzalez, will carry the 34th after shifting from the 15th Congressional District.

Republicans opened their wallets for this race, outspending Democrats 20-1 to propel Flores into office. The National Republican Congressional Committee called her win a “blueprint for success” in the border area that is heavily Hispanic.

On Sunday, Flores told an interviewer that Democrats “feel entitled to our vote” and just repeat the same old promises. A shift is already underway in border country and former President Donald Trump made significant headway among Hispanic voters in 2020.

GOP eyes are smiling with Tuesday’s swearing in of Flores. Democrats have yet to realize the Hispanic community is largely conservative, and its voters face the same issues as every other American. A repeat performance in November would be an early Christmas for Republicans.