House republicans are set to release their long awaited “Commitment to America” plan that will focus on what they call “kitchen table” issues and will serve both as a campaign platform for the midterm elections as well as a governing guide should they win the house and senate.

.@GOPLeader: "Republicans have a plan for a new direction that will get our country back on track. Our plan is a commitment to America. If Republicans are given the opportunity and honor to have the majority in the House, we will work day and night, hour after hour." pic.twitter.com/oYCzrgUfFA

While inflation and the economy will be the no. 1 issue in the “Commitment to America” plan, it is not the only one. Fox News states that the plan is based on four pillars as follows: “‘A Government That’s Accountable,’ ‘A Nation That’s Safe,’ ‘An Economy That’s Strong,’ and ‘A Future That’s Free.’”

“It’s still jobs, economy, inflation. That’s all – this is literally the number one issue. Everything else is second” said Rep. Nancy Mace (R.-SC).

According to Pew Research, the economy is the top issue amongst voters, and it is really not very close.

Democrats, on the other hand, are bringing up other, more cultural, issues as the midterm elections draw nearer. One CNN article begins, “Frustrated by Republicans’ intense focus on inflation and President Joe Biden in the party’s closing pitch to voters, some conservatives want to see the GOP talk more about hot-button cultural issues in the final sprint to Election Day.”

Some on the left contend that issues like abortion, the climate, and gun control are the ones that voters truly care about and should be the focus of each party in the upcoming election.

Republicans, however, seem content to deal with “kitchen table” issues which are described as, “issues that are of concern to the average person that might be discussed by the family around the kitchen table.”

These are the issues that republicans believe are most relevant to people’s lives and the ones that they believe will swing the midterm election in their favor.

A Fox News article mentions issues such as border security, inflation, the economy, digital privacy, parental rights, education, and controls on social media to be some of those kitchen table issues that republicans are tackling.

Because the polls being released are inconsistent at best, it is a wait-and-see game as the midterm elections approach to see which strategy will work best in 2022. 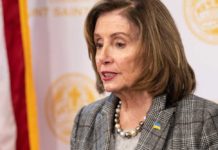