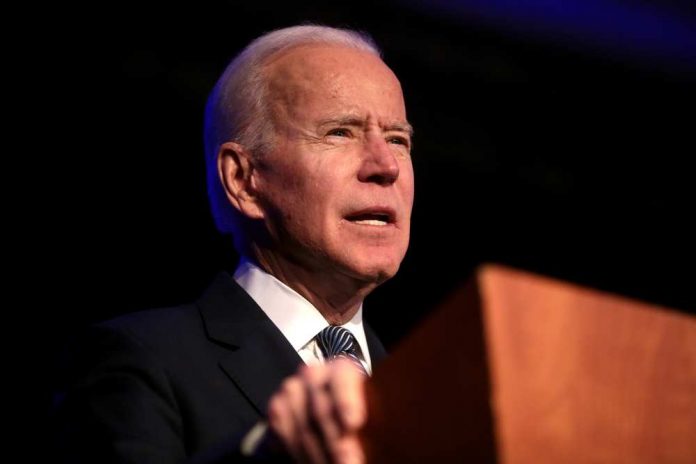 In light of Joe Biden’s announcement that he intends to mandate COVID vaccinations for federal employees as well as private businesses with 100 or more employees that do not conduct weekly testing, it’s worth noting that Joe Biden opposed both vaccines as well as mask mandates less than a year ago, in fact, only eight months ago and has since reversed his position on both.

President Joe Biden almost eight months ago stated that he feels that it should not be compulsory and that he would not insist on mandatory vaccines. He also said that he would do everything possible just as he does not believe that masks should be made necessary nationwide, and as President of the United States, he will push people to do the right thing. Then, by doing so, demonstrate to the world that it matters.

Since the Johnson & Johnson vaccination was halted due to a less than one-in-a-million possibility of severe blood clots, the Biden campaign has been battling vaccine reluctance, which has troubled the campaign since its start. Vaccine doses fell significantly in the aftermath and still have not been restored. Additionally, he claims to follow science, but he makes statements based on his prejudices in reality. He should have blocked the southern border if he was opposed to people wearing masks or anything else. Similarly, he declared in Kabul that he would not let Kabul crumble, but the reality turned out to be quite different. He continues to assert that the Biden Administration carried out a historic evacuation, even though 13 Americans were slain in the process. Numerous Americans are stuck in Afghanistan. He expresses his views without regard for fact, therefore putting the lives of Americans in danger. However, it is now believed that all it takes to go from advocating for freedom to enforcing tyranny is a few months being a puppet of the Radical Left.