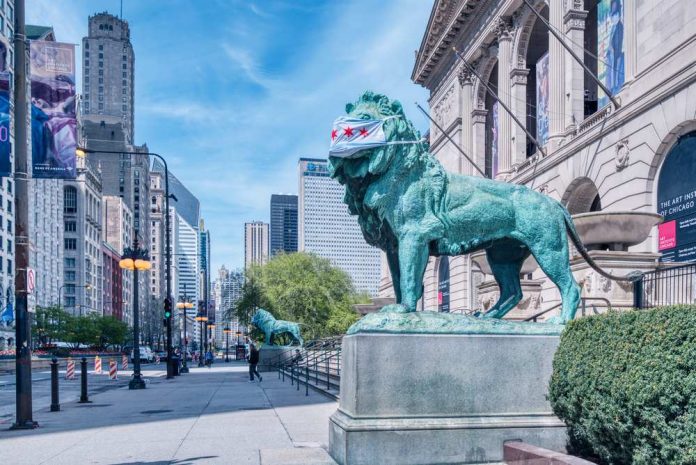 Honoring fallen police officers is an essential act our society can do. All members of law enforcement put their lives on the line to protect our cities from crime and to play an important role in society. To take away that honor from a family or a department that has suffered as much as the Chicago Police Department has is absurd.

Mayor Lori Lightfoot (can’t call her what she deserves) blamed Covid-19 when she refused to allow bagpipes to play in the morgue for Ella French. Lightfoot said, “with COVID, the coroner has made a lot of new restrictions on what can and cannot happen at the morgue, as far as I understand,” per WGN.

Lightfoot has a history of lying, as she constantly covers up her city’s murder rate and gang violence. Lightfoot has placed racist policies and agendas in her mayoral office by refusing interviews from White journalists and continues to put mandates on the city that she won’t follow herself.

First Deputy Police Superintendent Eric Carter was the person who made the call, and according to the Sun-Times, he directed the ambulance crew to take the Officer’s body directly to the medical examiner’s office. They reported that he said, “We don’t have 20 minutes for this s***.”

Like many departments across the country, weak upper leadership is a severe flaw in departments. Police chiefs and others below constantly pander to the “woke” City Council members and Mayors, but this was uncalled for. Officers at the lower levels are the true police force and have each other’s back on the street day in and day out and deserve the opportunity to stand in solidarity when critical incidents like this occur. Most law enforcement officers are leaving their departments. They’re tired of the department heads making the wrong moves and charging them with crimes they didn’t commit.

The best thing for policing in 2021 would be to get these departments’ heads out of their position and Mayors, and City Council members fired. They do no service to their community, and when they defund the police, they always refund them and request more officers. Crime isn’t going away, and police officers can’t either. It’s no wonder the Chicago Police Department turned their back on Mayor Lori Lightfoot.