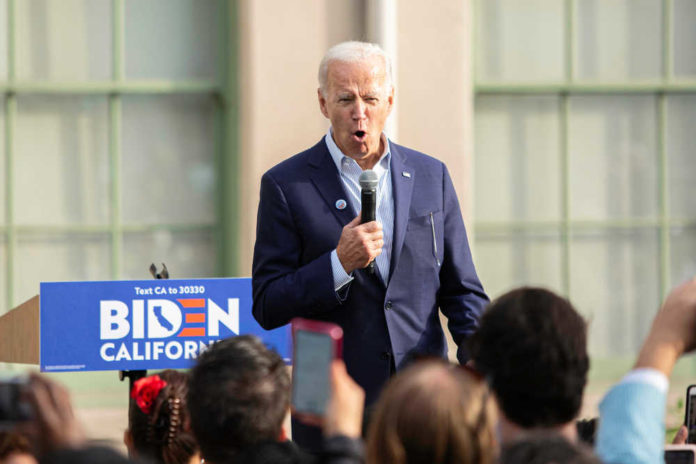 Coming from a president who believes the border is secure and gas was $5 per gallon when he took office, perhaps his comments should not be surprising.

Biden applied blame for a deranged psychopath carrying out an attack on the House Speaker’s husband to questioning the 2020 presidential election results. The president claimed that those who say the election was stolen and put out “the malarkey” cannot just apologize.

Further, he declared that talk of that sort “affects people’s mentality” and must stop.

While that is hardly clear and convincing evidence of a single thing, Biden added “I am not making this up.”

It is not enough, the Democrat proclaimed, to condemn the violence. What produces the violence — namely political dissent — must also be condemned.

This “talk” of course came from the same person who used his bully pulpit to describe half the population as “semi-fascist” lunatics seeking to tear down the Republic.

Healer in Chief? This is despicable. President Biden didn't waste a nanosecond taking the incident at Pelosi home into dangerous game of finger-pointing and blame to foment anger and fear and hatred. Too early to know facts – organizations & people that peddle fear didn't wait. https://t.co/VlKVjXgoh1

Not to be left out, former Biden press secretary and current MSNBC mouthpiece Jen Psaki succumbed to the urge to rush to judgment. Even more, she leveled her accusations specifically at former President Donald Trump.

Psaki noted that public officials and their families “often live under threat.” It’s safe to assume that she did not have Supreme Court Justice Brett Kavanaugh and his loved ones in mind while she tweeted.

She then inexplicably added that these threats and harassment are “often directed by the former President.” And she said this without a shred of evidence and ignoring the consistent threats and reality of violence from BLM, Antifa, pro-abortion activists and their ilk.

It appears more certain with every passing moment that the inexcusable attack on Paul Pelosi was the work of a troubled and demented individual with no ties to the GOP. Whether that will stop the unjustified finger-pointing from the left or be completely ignored is anybody’s guess.